One Sunday afternoon, I woke up from my nap and found our home filled with the sweet aroma of chocolate and cheese. I walked out of the room and the found the Husband with a tin of freshly-baked Japanese Soufflé Cheesecake. 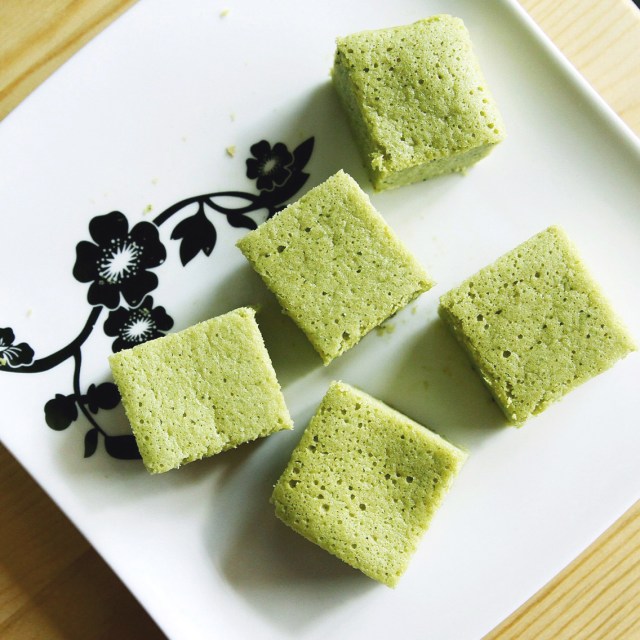 It’s been a year since our Japan travel and since then, we’ve adapted a few things we learned from Japanese culture in our lifestyle. One of which is drinking Matcha Tea. In one of our foodie experiences in Tokyo was dining at Uobei, a 105-yen sushi train restaurant in Shibuya where they had little hot water faucets individually placed in front of each guest so you can make your own Matcha Tea on a limitless basis. We’ve always been fond of drinking tea but it was only in Japan where we learned to love drinking Matcha tea. So we bought Matcha Tea from an online store called Kenko Tea, a shop based in Melbourne but gets their Matcha from the Nishio region of Japan.

We bought a Japanese Matcha Tea Set from Kenko Tea which includes a 30gram-tin of Premium Grade Matcha Green Tea, a hand crafted traditional matcha bamboo whisk and bamboo matcha tea scoop. The bamboo whisk, also called “chasen”, is used in traditional tea ceremonies and it’s ideal for used to bring out the froth and creaminess of the matcha tea. The bamboo scoop measures the correct amount of tea you need which is roughly 1 gram. 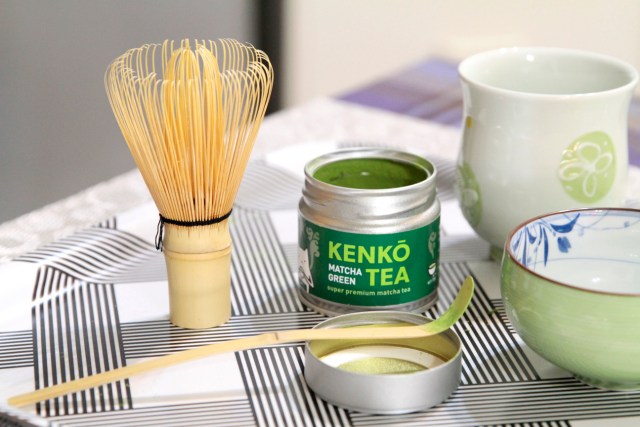