Projects of the Mrs

Since I had a very hectic week last week, I set aside time for relaxation and doing something that I haven’t done in long while.

Saturday Afternoon of Cheese and Wine with the Husband 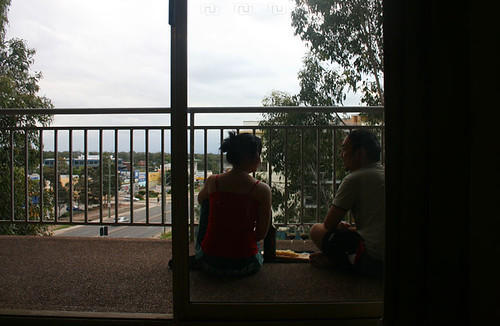 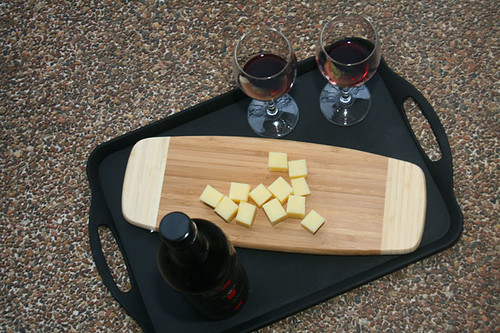 Husband and I had a busy Saturday doing grocery shopping and household chores so in the afternoon, we had wine and cheese on our verandah before having dinner. We talked of how blessed we were to have finally found a place of our own. We talked of the good old days when we’d sit infront of our house in Taytay and dream of living in another country. Now, we’re living exactly what we dreamt about three years ago. 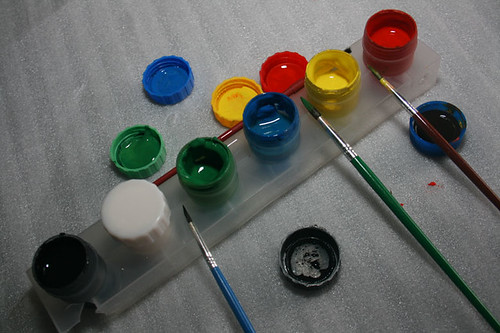 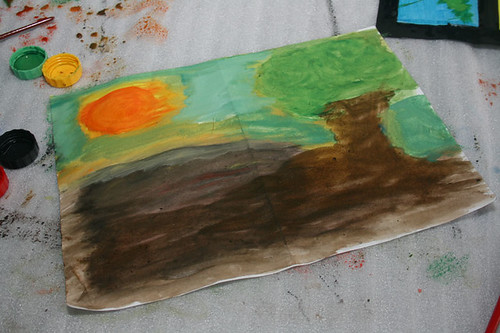 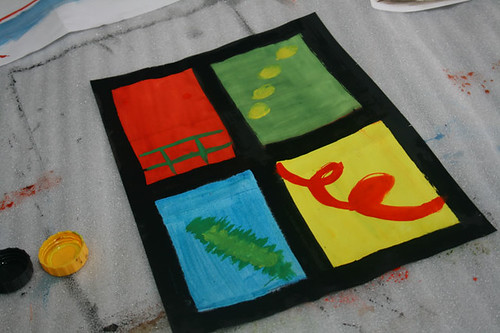 Sunday morning was spent cooking and cleaning so in the afternoon, I chilled out by watching an episode of Heroes, blogging and by painting (!). I don’t have the talent to really paint or draw but
I love doing it because it makes me happy. I find it funny that even if I’m this old, I still paint like a kid.

Hope you had a lovely weekend!

I Miss Being Young and Restless

I found the raw format of this collage three nights ago. These were taken on 31 December 2004, exactly five days after being engaged. 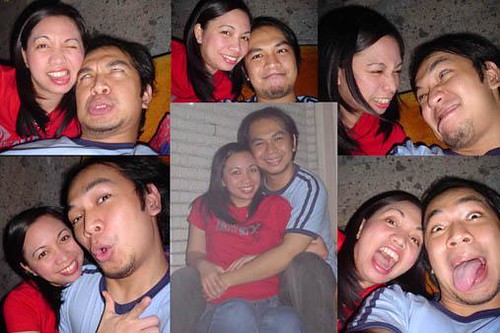 Looking at these photos reminds me of how it was to be young, in love, restless, carefee. Those were the good ol’ days and how we loved every minute of it!!!!

Okay, I know we are still young and in love..still a bit restless and carefree at times but I’m sure couples who are now married can relate to the fact that being steadies is VERY different from being married. It’s just that when married, the responsibilities are huge because we are now managing a home and building a family.

Anyway, now that I got the chance to look at our old photos, it’s just nice to know that we made the most of our time being single, being friends, being barkadas, being steadies, being engaged. I’m glad we took our time…followed our dreams first…and just enjoyed being together.

Now that we’re married, we highly appreciate the value of waiting for the right time rather than look back and say “I should’ve done this and that…”. It just so much easier to adjust to or accept the responsibilities of being a husband/wife just because we didn’t succumb to being married early.

Thru the photos we’ve captured, we happily look back at the times we: pick each other up from work, hang out in each other’s offices, have coffee with our friends, the times we would surprise each other with a note, date and food (once he sent a muffin to me while I was in a meeting—i felt like a high school girl), travels to provincial areas of the Phils, night outs with friends, saturday late nights at my place, endless number of dates in a mall or to wherever we felt like hanging out, numerous movies we watched, times spent with each other’s families, celebrating small and big milestones and of course, the times we fought about things we thought were relevant to fight about (sometimes by the end of the fight, we can’t even remember what we were fighting about in the first place!).

One of these days, I’m going to immortalize some of our old photos by uploading it online. I’ve already done our 1st, 2nd, and 3rd year scrapbooks (there’s a 4th one but I haven’t finished it!) and I think it would be nice if some memoirs can be seen online too.

This has been eating up my mind lately.

I’ve been thinking of creating a new website where I would write down loveletters to my soon-t-be kids. Weird ba???

I have this habit of writing letters to people who can’t read yet (like my godsons/goddaughters) so I’m thinking why not do it for my future kids too? Plus, it could be an avenue for transcibing our preparation for parenthood.

Another website to maintain…BUT…IF I do this, IF we are blessed with kids in the future…WHEN my kids are able to read…the joy of seeing them read what I wrote for them even if they’re non-existent yet would be PRICELESS.

Postscript: I forgot my glasses…it’s a home so it would be difficult for me to read today. 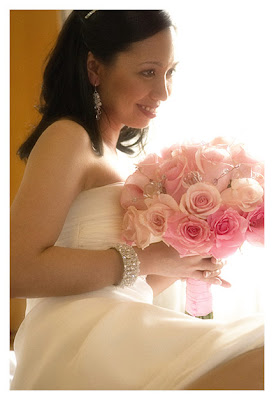 Chris and I have officially joined Kix Tavora’s Photography Team as Graphic/Lay-out Artists, and we are very very excited to be working with one of the most talented photographers in the Philippines.

Kix was the 2nd Photographer in our wedding January 2007 and we love his work and we love working with him.

That’s why when he said he needed help in the lay-outing of his wedding albums, without much ado,

For more of Kix’s beautiful photos, please check out his website:

12 May 2008 Ibyang Sanchez 0 Comments Category: Projects of the Mrs

The Charmed Wife scribbles here too: