0
It was a great day for an election on a Saturday (in Sydney area that is).  Sun, blue skies and wind to balance everything out.

It’s my first time to vote as an Australian yesterday and I was excited and anxious at the same time.  Excited because I got to fulfill my duty as a citizen of this country and be part of history; anxious because a part of me had this thought, “What if my name’s not on the list?”  I guess I got that from being a Filipino as I remember in the Philippines the grueling task of finding one’s name in the electoral list even if one registered to vote.  It has never happened to me when I was there (according to my mom, my name is still on the list during the previous elections in the Phils) but still, hearing stories of people not finding their name can be traumatizing enough.

A few days leading to the election, I always ask the Husband, “I registered, right? So my name will be there.”  I know, paranoid! Hehe.  But can you blame me?

All polling places were open from 8:00am-6:00pm.  Husband and I are lucky to be near a public school a block away from our place (less than 50 steps away).  Upon entrance to the school, there were posters infront of the gate and several people handing out flyers to voters.  There was no crowd nor traffic. 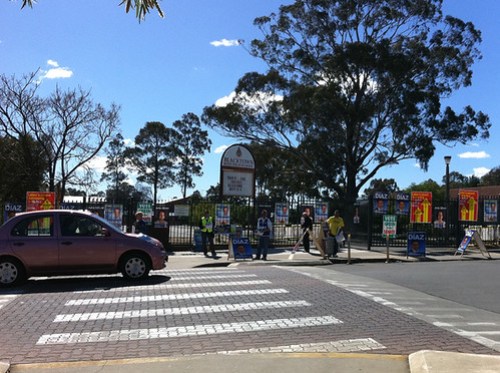 We got there by 10:55am and there was a queue waiting for us in the main hall of the school.  The wait took about 15 minutes with only one queue. 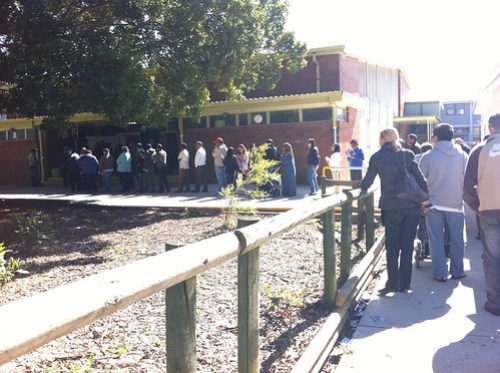 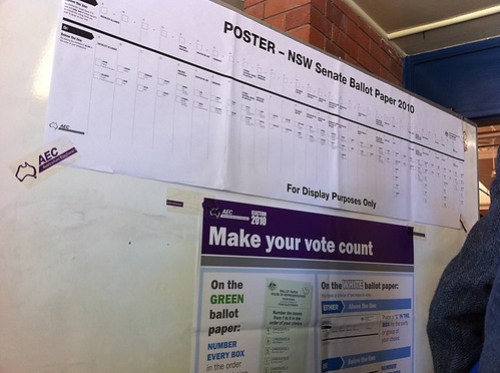 Inside the main hall, you’ll immediately find how the voting procedure works.  You have to wait on queue until a Polling Official directs you to an issuing table.  A Ballot Paper Issuing Officer will ask for your name and looks on this book that seemed like a directory.  Upon finding your name, he/she will verify where you live and may also verify if you have voted already. There are officers that don’t ask for an I.D. but it’s always better to be ready with one.  The officer slashes your name off the list and gives the green and white ballot papers, then off you go to one of the polling booths to cast your vote.  After casting your vote, you need to fold your ballots then drop them into the Green and White Ballot Boxes.  If you already know your choice of candidates, the voting process will only take less than 5 minutes. 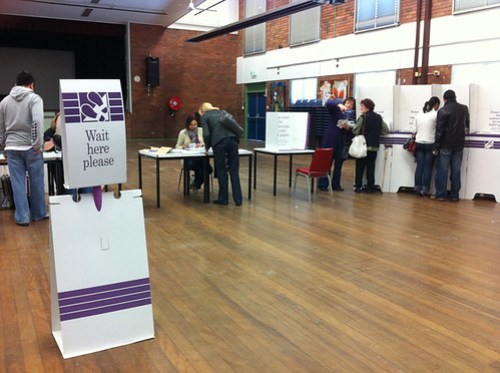 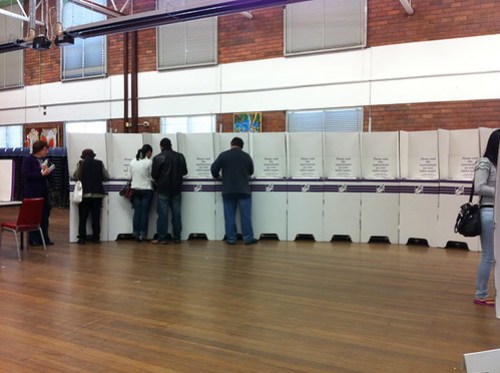 I smiled in relief when the Issuing Officer found my name.  She just asked where we lived and then slashed my name of the list.  She didn’t even asked me if I voted already.  It was all about honesty.  No indelible ink needed.

This was how long the white ballot was. 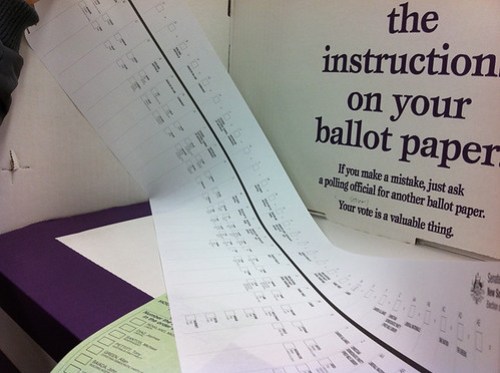 The green ballot looked like this.  There were a few Filipino candidates in our area as we lived in one of the suburbs that has many Filipinos living in it. 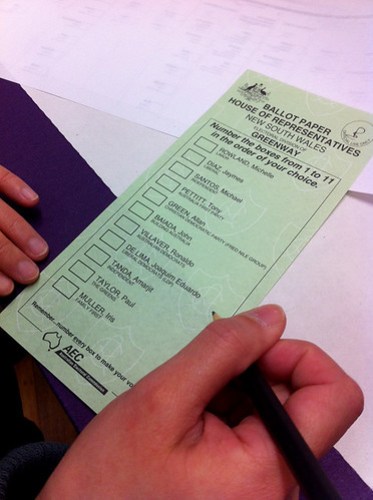 You can bring your family with you.  Even if my Husband wasn’t a voter yet, he came with me and took photos.  There wasn’t much privacy in the polling booth area but people don’t sneak around looking at your ballots. 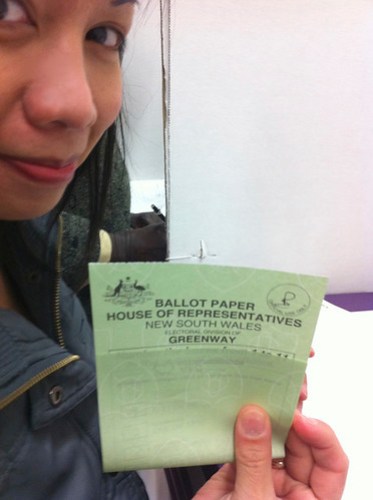 After filling in my ballots, I dropped them into the Green and White Boxes upon exit. 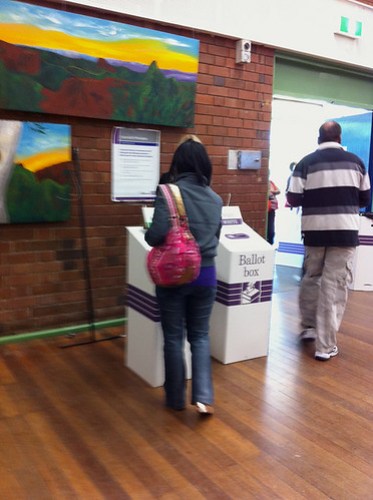 I voted!  And I voted as an Australian.  It felt great to be able to be a part of a peaceful, super non-violent elections.  There were no long hours of waiting on queues just to vote, no getting lost in classrooms of public schools. I hate to compare but it is such a big difference on how we do things in my homeland and I’m wishing one day my mother country would have a system as orderly as this one.

Other things that amazed me:

No posters on walls, only flyers being handed out to people.  The campaign period was literally clean.  For the flyers, there are trash bins nearby for people who would like to throw away the flyers.

Use of media and technology for campaign.  Aggressive and straightforward TV commercials of candidates and computer activated phone messaging.  They also send campaign ads via post.

Early voting system.  In some cases when one cannot vote on the day of the election, one can vote early in person thru early voting centres or thru postal vote application.

There is penalty for not voting.

Voting is compulsory and one does not vote, he/she will be advised to pay a fine.

Results will be known on the night of the election day.  Normally, the whole country will have declared the new leaders of Australia.

It was a bit of a disappointment though that we are on a “hung government” at the moment as voters apparently failed to deliver a clear majority to either the governing center-left Labor Party or a conservative opposition coalition in the tightest race seen here in decades {read more here}.  According to reports, it may take days before we know who our final Prime Minister will be.

CommentsYour thoughts are important to me. Thank you for taking time to leave a message! Cancel reply